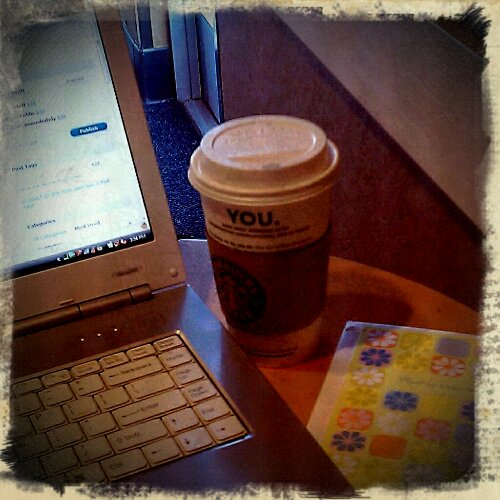 I’m being one of THOSE people today. You know the kind. Those people who go to a coffee shop with their laptops, sit in the corner, and type furiously. The ones you wonder if they are writing about you or a term paper. Why do they have to do that in public? How… pretentious!

Well, first off, I AM writing about you. (I’ll get to that in a minute.) Second of all, its not pretentious, its just me needing to get out of the house! Yes, I could do this from home. I have been for the last week! But its lonely at home. My cat does not hold conversations very well. And, seriously, as much as I love my house… I can’t handle being in it almost non-stop for seven days.

See, my husband in right in the middle of a two-week run to the west-coast. And I am just WAY out of practice of his being gone so long. I’m used to a maximum of maybe four days out, then home for at least a day or two.  Not this run. Two weeks solid. And talking on the phone only gets me so far in the sanity department.

I’ve wanted to come down to Starbucks for awhile now. It’s kind of a no-brainer. Its barely three miles from my house, in fact. But I just couldn’t justify the cost. I have coffee at home. I have internet at home. I even had cupcake mixes at home!  But, you see in that picture above, the card? Yeah, that card pretty much gave me back some of my sanity. My cousin sent me that with a little treat inside that resulted in my gleefully hitting Starbucks today for a Grande Vanille Latte and a big, fat slice of banana walnut bread. So. Very. Yum.

So here I am, right in the corner of my local Starbucks, sipping my latte, people-watching and eavesdropping. 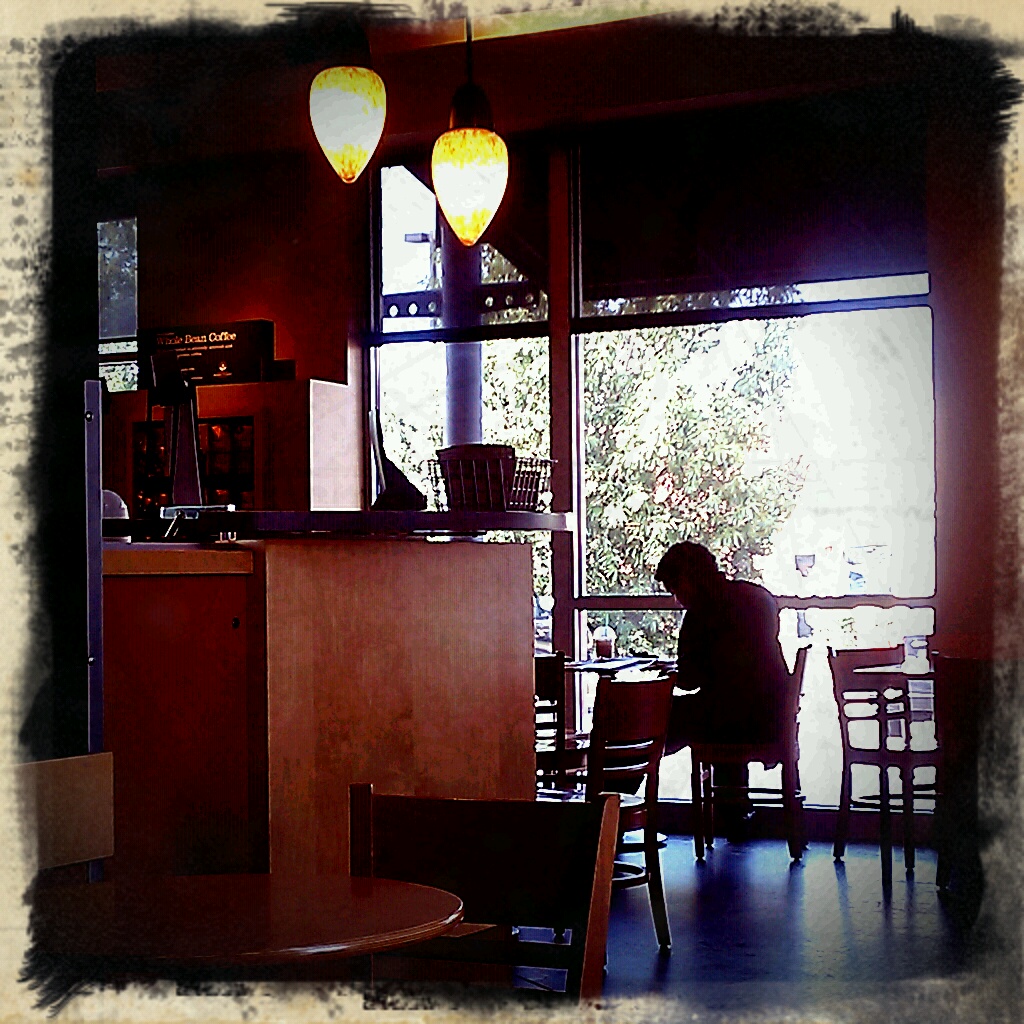 My favorite thus far has to be the guy who, for what ever reason, had to sit at the table right beside mine. Even though there were probably 15 empty tables in the building. And he’s not having anything. He’s just sitting at the table, playing with his phone. Interesting. Seems to be a soldier, in full army fatigues. Maybe he’s waiting for someone to end their shift. Or maybe he’s waiting to meet someone. Who knows. But he proceeded for have a ten minute conversation on his phone in which he kept saying, “Oh, she went home already? Are you sure she went home already? That’s what she said, she went home already?” After about the eighth time of this, I almost looked over and went, “Look! She went home already! Deal with it!” But, you know, I thought that might be a little rude. So I didn’t.

Another fun one has to be the girl on crutches whose friends didn’t bother to get up and get her coffee order for her. They watched her struggle to get up, then once she did went, “Oh I guess I could have gotten that for you.”  *facepalms* Teens.

My final favorite was watching a lady come in, order a drink, then sit down and proceed to pay her bills. Then for each bill she paid, she’d rip the statement in half and throw it away. Don’t get me wrong, but that doesn’t seem like the safest way to protect yourself from identity theft. But, hey, maybe Starbucks trash cans have some sort of super-sonic-bill-destroyer-system in them.

This, folks, this is what that “pretentious person with laptop at the coffee shop” wonders. That’s deep, man. Deep.

6 thoughts on “Live from Starbucks…”