I didn’t realize until today that I never did a CMA Fest Bingo last year, presumably because of travel. But its time to bring it back for 2016Â with new eyes since I attended last year as a music fan myself!

I went a little easier this year, too. Or… at least I think it is. Â You can be the judge. 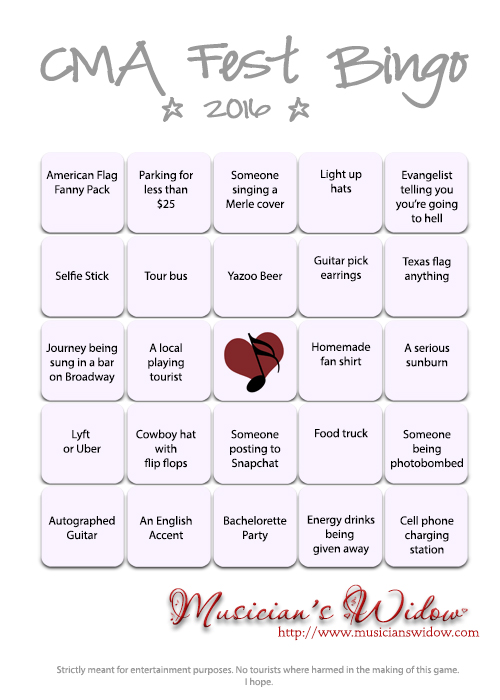 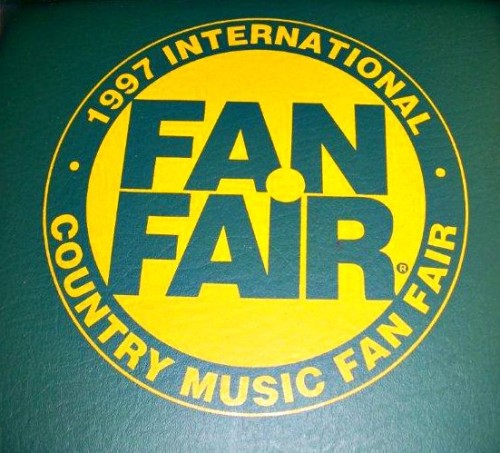 18 years ago yesterday, I set foot in Nashville for the first time as a fan attending Fan Fair. (I know this thanks to that memories thing Facebook started doing.) Â It will ALWAYS be Fan Fair to me, and I wear the fact that I attended it at the Fairgrounds as a badge of honor. A proof I’m a long-time country music fan.

Looking towards this year, I was a bit discombobulated. With the bar gone, I wouldn’t be working this year. Â My husband wasn’t playing the fair anywhere. However, my best friend since we were little girls happened to fill our a survey and win tickets to CMA Fest 2015. What? That actually happens!?

So in the midst of it all, I walked a fine line at times.Â I delved head-first into the CMA Fest experience. Oh I drew the line at a fanny pack (LOL) but I rocked the patriotic wear, shorts with cowboy boots (I admit it, but there aren’t any pictures of it, so I’m going to plead the “Pics or it didn’t happen” thing), danced like no one was watching at my seat in LP Field, and I took over 700 photos (though only 300 made the cut of my photo album on Facebook).

As an artist, short of being the level of Blake Shelton, Reba, Tim McGraw, you really should suck it up and be part of CMA Fest on some level. Sign autographs. Perform on one of the stages. Agree to be a host of a stage. Have a fan club party. Do a show at a club downtown. SOMETHING. You have almost 100,000 country music fans you can reach in your own backyard. Yes, it’s hot. Yes, it’s a total pain in the butt to get downtown. But this festival could open doors for you. Even if it just is in the form of, “Oh! They’re still touring!? I’d love to see them!” And next thing you know they’re looking up your tour schedule. Â I understand wanting to avoid the headache, but now attending as a fan? I understand way more why this festival is so very important to country music.