Seven and a half years ago I married my husband. Around that same time I found myself in another love affair: with Printer’s Alley. 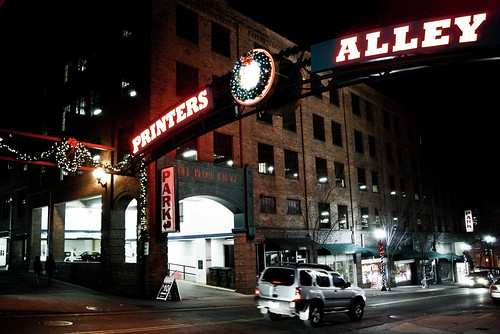 I began going down to the Alley with my husband, who played a regular jam night on Tuesday nights in one of the bars there. I quickly made many friends and it didn’t take long for me to declare it my “home away from home.” Especially once I started working in the bar myself.

Soon I knew more people at the bar and in the Alley than my husband did, and he had been going there for over 10 years! 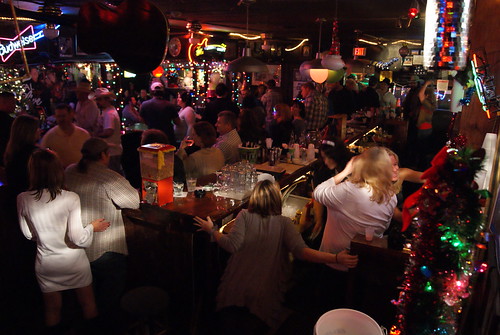 We briefly considered buying a bar in the Alley ourselves. We had a business plan and my husband even went to meet with investors in Vegas. It was during that time that I really delved into the history of the Printer’s Alley. I spent hours on end at the Nashville Public Library trying to figure out what had made up the whole of Printer’s Alley through the decades. I went as far back as I could without having to going to microfilm.

It was fascinating to me. What was once printing shops and furniture stores eventually turned into speakeasies and bars and dinner theaters. Prohibition happened but the alcohol continued to flow.  There were dancing girls and so much neon that some called it the Vegas strip of the South. The sordid history of Printer’s Alley excited me. Presidents walked alongside the mafia. Rumors of Jesse James hiding out made me sit glassy eyed, trying to imagine those days. (I once talked about to writing a book about the history of Printer’s Alley, as I don’t believe one exists at all.) 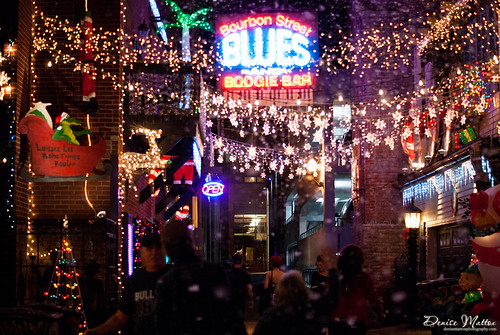 I soon felt that as an employee in the Alley, I had joined some sort of a special club. A club that carried a little bit of mystique, and a whole lot of family-like support. The most amazing thing to me about Printer’s Alley is how everyone looks out for each other.

It angered me — it still angers me today — how people try to say the Alley is dangerous. When I hear of people telling others, “Oh don’t go there, its dangerous.” it makes my blood boil. I’ll take Printer’s Alley over Broadway any day of the week. I feel so safe there, as the door people and the regulars all look out for each other as well as for our guests. Oh that’s not to say that we haven’t had our share of crime! But the Alley always comes back. Always. It has a resiliency that I find inspiring.

Yesterday, though, the Tennessean ran an article about how a boutique hotel is planning to come in and take out over half of what is today Printer’s Alley. The Alley is already half the size it was back in it’s golden days. And to take out half of what’s left might as well be the final stab in the heart. That final blow. Printer’s Alley will really be no more than a footnote in a history book. Maybe a historical marker some day. 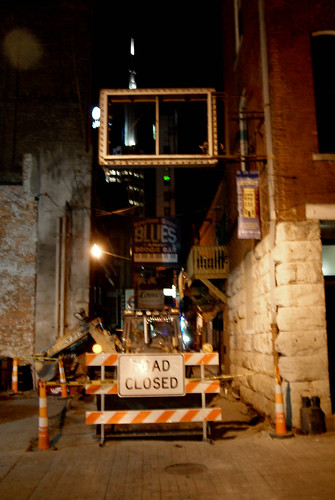 I have had plenty of time to process this. And part of me wonders if it’s not just time. Time to start the new chapter in life, whatever that may be. Change is inevitable, and deep down there’s a part of me that’s excited to see what is to come. Like I said, that area used to be print shops and furniture stores. Perhaps it’s time for it to turn into a hotel. Its sins will be washed away in billions of dollars of “progress.” The Alley family will move on to other things. Perhaps it’s just time…

…but even as I say that, and I look ahead towards other adventures of my future, I feel this deep, deep sadness in my heart. I looked through old pictures of the alley in the 60’s and 70’s and I read about it’s history from 30’s and 40’s, my heart aches a little. Because even as its sins are washed away, its history will be too. Printer’s Alley will no longer exist. Not really. 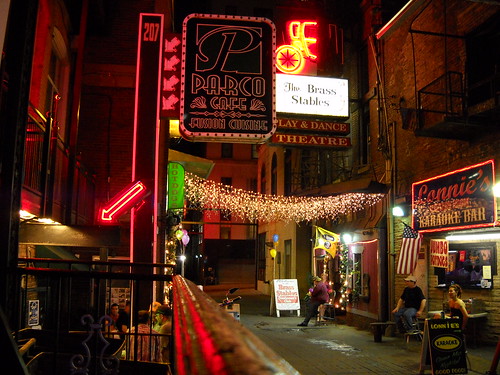 I can’t say that I believe in reincarnation, but if I did or if it does exist, I sometimes wonder if I didn’t previously walk the Alley. In what form, I have no idea. But I feel this crazy connection with that little piece of Music City. I find myself grieving the thought of it’s loss like it’s an old friend.

Progress is inevitable. And in many cases I welcome it. But I have a deep fear that the Nashville that I have grown to love so much is starting to disappear. The small-town feel and heart is being lost to money, under the guise of growth. For every list we make the top of — the “It” city they say — we lose a little bit of our uniqueness. Because as exciting as it is to be seen for the amazing city that we are, we feel the need to step up and do even better and even bigger. In this race to stay at the top, we’re starting to lose our soul. We’re starting to lose our history. 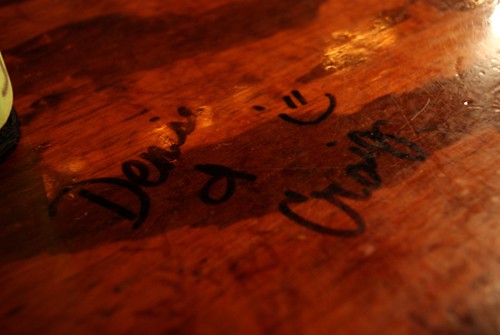 A page has been started on Facebook to try to gather people to fight this change that could potentially be coming to the Alley soon. As I pointed out in several cases online, everything right now is “under contract” and not “closed”. For anyone who has bought and sold property in the last year, you know how vastly different those two statements are. This is NOT a done deal.

No matter what happens, I am grateful for the time I’ve had in Printer’s Alley. The friendships I made there will without a doubt last for years to come — many for the rest of my life. Every person has left a mark on my heart. 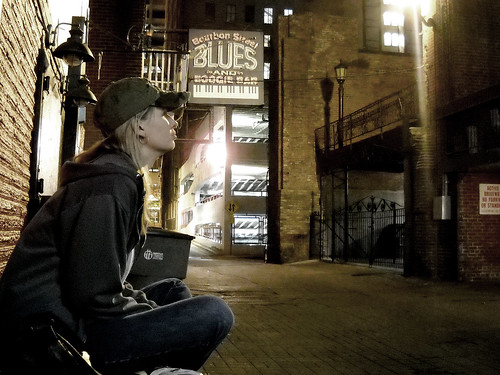 I have learned a lot in my time in Printer’s Alley. I met countless people from all around the world. I learned about different cultures and human nature. I learned how to think faster on my feet and to figure change in my head versus using a calculator. I learned every job is worth doing well, and that no job is too small. But more than anything, I learned more about myself. Maybe I will still write that book about the Alley some day. We will see. But I do know that I have grown so much in the last 7 years, and THAT is something no boutique hotel can take from me.

With the start of a new month, along comes the job of flipping the calendar pages. As I changed the religious calendar I have hanging on the basement door, I couldn’t help but make note of the fact that October 1st is the feast of St. Therese of the Child of Jesus (aka St. Therese of Lisieux or “The Little Flower“). It made me smile with a memory.

The photo over here on the right? That is me, dressed up as St. Therese. November 1st is All Saints Day, and at least one year while in (basically) bible school, we were encouraged to dress up as our favorite saint. My mom had told me a lot about St. Therese and she was my favorite saint.

Mom made my costume, and she went all out. I was definitely the best dressed of those that dressed up. (Hey, I just call it like I see it.) I still smile at that memory, and I can’t believe I actually found a photo of me in my costume!

Therese was also the saints name I took for my Catholic Confirmation.

That was many, many years ago, and I’ve long since forgotten much of St. Therese’s story. I took last night as my opportunity to research her again. I thought I’d share some of my favorite excerpts from what I read…

“What matters in life,” she wrote, “is not great deeds, but great love.” [Link]

“Instead of being discouraged, I told myself: God would not make me wish for something impossible and so, in spite of my littleness, I can aim at being a saint. It is impossible for me to grow bigger, so I put up with myself as I am, with all my countless faults.” [Link]

Thérèse herself said on her death-bed, “I only love simplicity. I have a horror of pretence” [Link]

The depth of her spirituality, of which she said, “my way is all confidence and love,” has inspired many believers. [Link]

“Love proves itself by deeds, so how am I to show my love? Great deeds are forbidden me. The only way I can prove my love is by scattering flowers and these flowers are every little sacrifice, every glance and word, and the doing of the least actions for love.” [Link]