When I was studying journalism, I can clearly remember being quite amused by how easy it was to slant a story to say pretty much whatever I wanted it to say. Fast forward to today and that slanting of a story just frustrates me, because it is so rampant in today’s media in general.

I’m proud of the fact that I have a journalism degree. But I’m often ashamed of the field these days.

I can vaguely remember in high school being told at some point that the press was often considered the fourth branch of government.  You have the judicial branch. You have the executive branch. You have the legislative branch. But you also have the press, who is there to hold the other three accountable — who is there to keep the government’s actions transparent to the American people. And while I never was interested in covering government or political issues, I still took that angle of the journalism field very seriously. I still saw that job of the press as being a very noble and important function. Frankly, I still do.

I would describe myself politically is pretty much right down the middle. A friend of mine often says she’s a little left of center. I respond that I’m a little right of center. I think that’s part of what makes us good friends, because we see eye to eye on a lot but respectfully disagree on others.

We respectfully disagree. Remember that.

Perhaps my being more middle of the road is a big part of why I like journalism. I want facts. I like to get down to the bottom of the story. I want to know the who, what, where, when, why and how. People have been known to point out that there seems to be no end to my ability to find stuff out.

I have friends from both ends of the political spectrum. I have strong opinionated liberals I consider dear friends. In the exact same breath I have very strong staunch conservatives that I also consider dear friends. I don’t think either one is wrong. I think this world is big enough for both sides. I just wish we all could acknowledge that we aren’t going to agree on a lot of things. If we could just respectfully disagree.

It’s hard to wade through the slanted media articles to get to the bottom of the story these days.  So-and-so said this. So-and-so did that. He took my doll. She called me a bad name. This woman is an idiot. This guy thinks he knows it all. Between left and right, black and white, male and female, north and south, Christians and atheists… We’re so divided these days it hurts my heart. We can’t seem to respectfully disagree anymore. The stance is all too often, “If you don’t agree with me, you are against me.”

Journalism is feeding that discontent day in and day out.

Discontent sells. Discontent gets more clicks. Sometimes I feel like watching the news or reading it online is like driving down the interstate and coming up on an accident.

The accident isn’t it in your lanes. It’s not even on your side of the interstate. But traffic is going to come to a crawl, as we all turn and rubberneck, searching for someone to blame for this distress.

Searching for someone to blame for our distress. Isn’t that what we’re always doing? Meanwhile we are so busy looking at the accident on the other side of the interstate, we’ve missed the fact that we’re about to cause another accident on our side.

You can apply this same principle to our political leanings.  We’re so busy pointing fingers at the other side, we’re not looking closely at what we’re doing on our own side. We’re so busy butting heads that we don’t see what we actually agree on anymore. We no longer seem to ever respectfully disagree.

And I’ll be honest, I blame the media for a lot of this. Because discontent does sell. People often aren’t mad about something until they’re told they’re supposed to be mad about it. Maybe if people got strictly the facts. Maybe if people got both sides of a story. Maybe they’d have to make their own decisions. And, within that, maybe we’d all find ourselves a little more understanding and tolerant of each other. 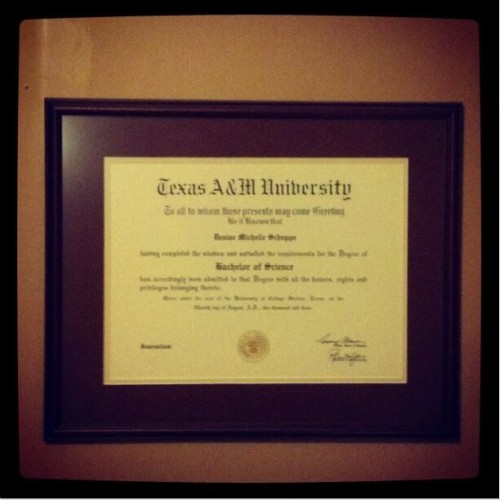 My final semester, Texas A&M University decided it would no longer offer Journalism as a major. (It has since changed its tune… it only took 10 years to do so, though.) I suppose that should have been a foreboding of sorts for me.

Between when I graduated in 2003 and today, I worked about a year and a half at a newspaper (click here to see my personal article archive) before walking away from the field. I consider this blog and interactions I have often on Twitter as my keeping up with my interest and deep down love for the field of journalism.

But as with things you love, its easy to also hate it… and to perhaps hate it a little more than anyone who didn’t at one time see it as their future. I know what good journalism is… and its very, very hard to find today.

It is for this reason that I jumped on the opportunity to join the #WomensLives initiative, a media partnership between Public Radio International (PRI) and SheKnows Media, BlogHer‘s parent company. (I’ve proudly been a part of the BlogHer network for years.) Perhaps I could be part of an initiative to fix a part of what is wrong in the news media today.

Did you know that only about 24% of all news subjects talk about women in any way, and only six percent of news stories highlight gender in/equality. Staggering, but true.  Staggering and unacceptable.

This initiative — #WomensLives — kicked off yesterday with a bang. Literally hundreds of women’s voices have come together to be heard. SheKnows Media is helping us as members of our community start conversations about the PRI’s Across Women’s Lives series using the #WomensLives hashtag across social media and through individual points of views on personal blogs.

I am SO excited to see where this initiative takes me — takes ALL of us. For the rest of this year, I’ll be blogging on topics directly related to #WomensLives as well as sharing links to other article. I welcome an open — respectful — dialogue about all the topics that will come be brought to light.

Make sure to follow me on Twitter and Facebook, and keep checking the #WomensLives hashtag regularly to find even more open and interesting discussions directly relating to women and media.

Let’s make a difference together!

Learn more over at BlogHer about #WomensLives!