I have a private journal I’ve kept up since 2011. Unfortunately, in the past couple of years its just become a place to dump my Twitter feed to for safe keeping. But once upon a time, I wrote in it daily. A few years, I would take the last week of December to do a year-end wrap-up. I’d write about what happened in each given month of the previous year, taking a trip down memory lane.

Eventually, however, that ceased to happen. And since then, I have given each year end a little bit of a cursory nod, but never the kind of attention I once gave. I’d like to say that this year will be different, that I’ll go month-by-month again. But, I can’t say that, because I, frankly, just don’t have time to go that in depth. I do, however, want to give this year some closure. 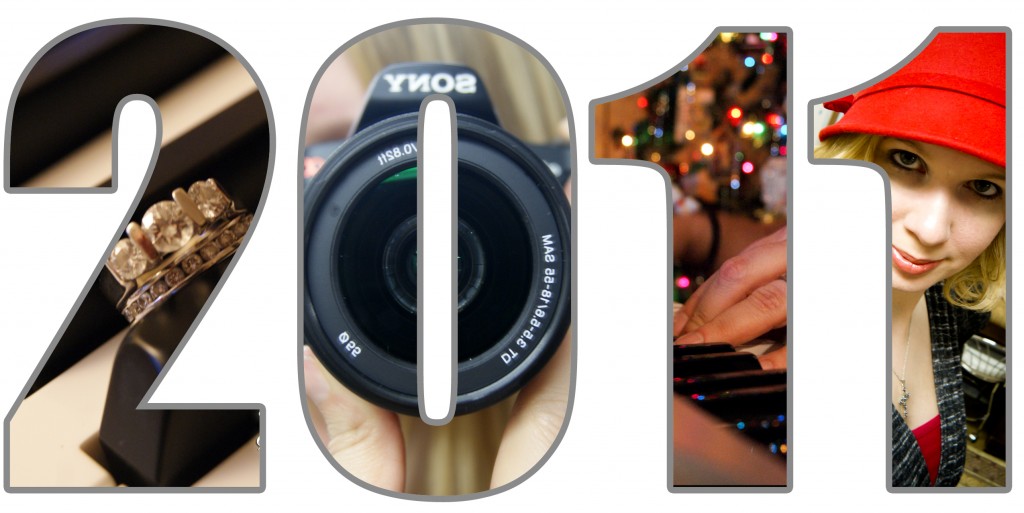 My  mom sent me an email with a newsletter giving ways to bring closure to the year. In it, Mike Robbins writes about how we need to give one year closure before we jump into the next one with all these hopes for where it will lead.

Last year at this time, we were in the process of moving. I was forced to find closure on the previous three years of living in the house we were in, and I embraced 2011 with hope and optimism as change was going on all around me. My address changed, and so did many ways I viewed various things. This year, though, I feel like I’m just rolling into 2012 without much fanfare. Its just another year. January 1st, just another day. I don’t really have optimism, but I don’t feel dread either. I’m a bit ambivalent to the whole thing.

So perhaps I am one who has a bigger need to find closure to 2011 than I would normally be as a year comes to a close. I thought I’d tackle the four questions found in Robbins’ newsletter.

Absolutely the strong difference between want and need was my biggest lesson. This past year was a rebuilding one, financially, for my husband and myself. With that, I also learned the deep satisfaction that comes with paying for items with cash. I learned how to NOT live on credit and instead was reminded what it meant to put your money in a jar (or in my case, a big envelope) until you’d saved up enough money to purchase that great big WANT.

I learned my love for photography really can be more than just a hobby. I found a deep interest in the creative process of bringing music to life, and I discovered a potential market for documenting that process. I caught myself critiquing other’s photos with a better eye than just, “Oh that’s pretty!” and I soak in how other’s approach photography — both in what to do and what NOT to do.

On the writing side, I finally learned and held my first giveaways. I learned about how social networking in person can help you in the online world. I discovered even more strongly the kindred spirits I have in other bloggers.

Medically, I have learned an ounce of prevention is worth a pound of cure. If I will stay on a strict regimen for my sinuses, I won’t be so crippled by infections. You’d think I’d have known that already, but I REALLY learned it this year.

2) What am I most proud of from this past year?

See question 1. I am most proud of the fact that my husband and I ended the year without accruing any new debts. (Outside of an ER bill.)

I am proud that I have embraced myself as a writer and a photographer, not just as “trying to get into it.” I am proud that I’ve kept this blog going and its continuing to pick up traffic and grow consistently. I am super proud of the work I did on Rick’s CD, leading me even deeper down the photography path.

Finally, I am proud of becoming a biggest piece of our work-puzzle. Working more consistently has given me a nice feeling of satisfaction. I’ve met so many interesting people, many of which I’d have never met had I not been behind the bar this year.

3) What were my biggest disappointments in 2011?

I set the bar high for myself. I may not admit that out loud to anyone, but deep down I always set it high. While my blog does continue to grow, its growing slower than I’d like for it to grow. I am disappointed that I haven’t gone to any blogger conferences, nor attended any photo walks. I once again failed to complete NaNoWriMo.

I fully thought I’d be further in making photography profitable for myself, but I have to acknowledge there is still a lot more expense I need to go into first to really get that off the ground. Baby steps… even if I don’t want them to be.

On a personal note, I do wish we were closer to being able to purchase our own house, or maybe be back to two vehicles. And I had hoped we’d be more solidly ready to take steps towards starting a family.

4) What am I ready to let go of from this past year?

My disappointments for the year. They are heavily outweighed by the lessons and successes of the year. When many people look back on 2011, they call it a bust. When I look back on it, I call it a success. Maybe I didn’t grow to the levels I had hoped I would, but I sure didn’t backslide for a change!

But perhaps that is where I don’t feel this big surge into the new year. I didn’t necessarily grow “big time” this past year, but I didn’t backslide. I didn’t stagnate, but I think I easily could do that right now. Just go with the status quo as it stands now, content with where I am for awhile. But I don’t WANT to do that. I want to keep striving forward. I want to keep pushing. I want to build a positive momentum from here on out. And maybe… maybe I am afraid I won’t do that?  Hmm…

I’ll be honest, up until around ten years ago, I didn’t know much about Muscular Dystrophy. About all I knew was that on Labor Day, Jerry Lewis held an MDA telethon that tore at my heart. Still, I didn’t really understand or connect with it.

Until my nephew was diagnosed with, specifically, Duchenne Muscular Dystrophy. My nephew turns 13 in a little over a month, and he’s doing well, beating the odds of most kids his age with DMD. And for that fact, everyone close to him is very thankful. He’s smart, handsome and a total joy.

He plays in junior high band. He’s a saxophone player… I think he knows girls find that hawt. (Don’t we.) He consistently amazes me the things he’s interested in and has taught me. I get him a Guinness Book of World Records every Christmas. I like to call it “our thing.”

He has a very distinct knowledge of right and wrong, and more than once I’ve found him to be the voice of my own conscience! He’s working his way towards becoming an Eagle Scout, and he loves cars and trucks. His dad works at a Ford dealership and is a certified mechanic; I think that’s a big part of where that love of cars comes from.

You’d never know he is dealing with things most people will never have to acknowledge.

What is muscular dystrophy?

First and foremost, muscular dystrophy is a genetic disorder. You can’t catch it from someone. Its not contagious. It’s something you are born with due to basic issues in the individuals genes. These issues weaken the body’s muscles, muscles that we all know from basic science courses make the body move. This weakening continues on as the individual ages, which is why some cases aren’t diagnosed until adulthood.

There are many different types of muscular dystrophy, separated by their rate of deterioration or perhaps by the muscles it attacks.

How many people have it?

According to a report in June 2005 by the Centers for Disease Control and Prevention, National Center on Birth Defects and Developmental Disabilities, “Duchenne and Becker muscular dystrophy, alone affect approximately 1 in every 3,500 to 5,000 boys, or between 400 and 600 live male births each year in the United States.” [National Institute of Neurological Disorders and Stroke]

Sadly, yes, it can be fatal. Remember the heart is a muscle. Muscular dystrophy can  affect the heart, lungs, etc. and eventually it can claim the individual’s life. (This is the part I can’t dwell on, because it rips my heart out. I think that goes for all of the family.)

What can be done?

Every day research is being done to help combat muscular dystrophy. This research and the knowledge and drugs that have come from it are a big part of why my nephew is doing as well as he is. That along with sheer determination, an optimistic attitude, and absolutely amazing parents (and little sister!) that support him.

This research is a huge part of why the MDA Telethon is so very important. Every dollar helps move the research closer to a cure. Every dollar can help save a life. Every dollar brings hope to those who face muscular dystrophy every day.

So, what’s this Duchenne Muscular Dystrophy your nephew has?

I’ve recently discovered Parent Project MD, which focuses strictly on Duchenne Muscular Dystrophy. They’ve posted a video to YouTube explaining DMD wonderfully. It gives hope, but it also had me in tears at times. But, I want to share it here to educate.

Yes, its almost 10 minutes long, but it is worth it. I promise. Please take the time to watch and hopefully understand.

A few final thoughts: as many people go out on the lake or have a backyard barbecue, many others are relying on the Labor Day telethon to be a success. As you look away from the screen, not wanting to see a child in a wheelchair, families find joy in their child’s life, and they pray for a cure to keep that child living the best life they possibly can.

In our dismal economy, it seems like we’re all having our pocketbooks squeezed until they are dry.  I know mine is… but even one dollar helps. It helps. It matters. I will happily give up a dinner out to see my nephew’s life made better. To see the lives of thousands of kids made better. They are all more than worth it.