OKay, so its technically Tuesday, but the blog was down for two days and then I was away from the computer all day yesterday. So MiHM is being posted on Tuesday. I’m such a rebel. Or something. 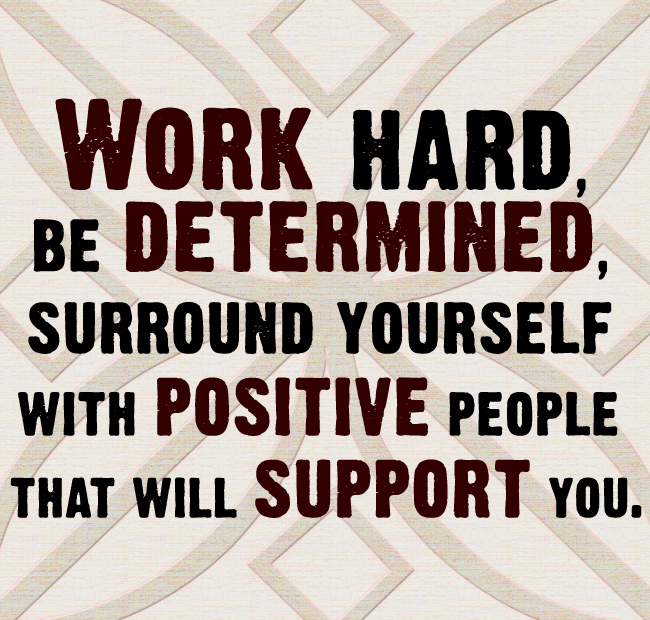 In the last few weeks, I’ve had the opportunity to spend a lot of time with people who really lift me up. I’ve found myself surrounding myself with positive people… and its really given me a boost I didn’t know I needed!

I have always known the idea that your friends are an extension of who you are. You tend to be friends with people who have similar thoughts, morals, beliefs, goals, etc. And I love all of my friends. I see them all as professionals in their fields, and they often (unknowingly) challenge me to do better in my own field(s).

All that being said, life gets crazy. People ask me how I’ve been these days and I respond with, “Busy!” Sometimes when I say that and end up wondering what I’ve really been doing to be so busy. I think it mostly comes down to the fact that I don’t have a definite set schedule. My life is pretty random and I rely on my calendar heavily. No two weeks look the same. No two DAYS look the same! So I’m left feeling very scattered and spread thin.

Lately, though, my calendar has included time with friends. The Road Widows meet up. The Color Run. A scavenger hunt. All included sitting down around a table to eat at some point giving me much needed time to just talk with friends. Catch up on what we are all doing. We laughed together and discussed things that might be bothering each other. Every time, I left feeling much more centered and focused.

We often may feel we can’t rely on others. We feel like if we want to be successful we can only rely on ourselves. “It’s all up to me to get it done RIGHT.” And in some ways, that might be right. But you can’t forget how your personal needs can affect your professional goals. Personally, you need positive people to give yourself that boost and put you back in that right mindset to truly succeed. Letâ€™s be honest here. I am not a person who exercises regularly. Oh I think about it. I have high ambitions to do it. But it just doesnâ€™t happen. My exercise consists of bartending atleast two nights a week for 8 hours at a time w/o a break to sit down in that time. I justify to myself that its plenty of exercise each week, but letâ€™s face itâ€¦ Iâ€™m just making excuses.

I heard of the Color Run via Facebook and Twitter, as friends around the country participated. And I went, â€œHmmmâ€¦ That looks like fun.â€ I was out of town when the Color Run came to Nashville in March, and I was bummed. Then I heard it was coming BACK in October. I wanted to participate. Was I crazy? Should I? My husband encouraged me to do it, so I signed up. We said weâ€™d train. It gave us both an excuse to go and hit the walking trails. Yeah! Weâ€™d do it!

Yeahhhhhâ€¦ didnâ€™t happen. Lifeâ€™s been crazy. Next thing I knew I was one week out and I hadnâ€™t hit a trail at all. I hadnâ€™t done a darn thing. And suddenly I had regrets. I had fear. How on EARTH would I do a 5K with no training!?

Then it really hit me it was Sunday morning, after I would be working Saturday night and not get home until after 4 am. So not only would I go into it with no training, Iâ€™d do it on MAYBE 3 hours of sleep. If I was lucky. What on EARTH was I THINKING!?!

Friday, I went and picked up my teamâ€™s packets. Numbers, t-shirts, etc. This was happening. No turning back now. Oh my GOD what was I doing!?

I got home Saturday night at 4 AM. I was in bed around 5:30 after I had supper and grabbed a shower. My alarm went off at 8 AM. Oh holy hell. 2.5 hours of sleep. I dragged myself out of bed. I put on my Color Run socks, t-shirt, a pair of shorts, temporary tattoo on my cheek, etc. I choked down a bread and jelly sandwich. Grabbed my stuff and headed to meet my team.Â  My good sense was left in bed, but at least I was in good spirits.

I met up with the team and we were all going, â€œWhat are we doing!?â€ As over half the team had worked the night before and were literally running on less than 3 hours of sleep. 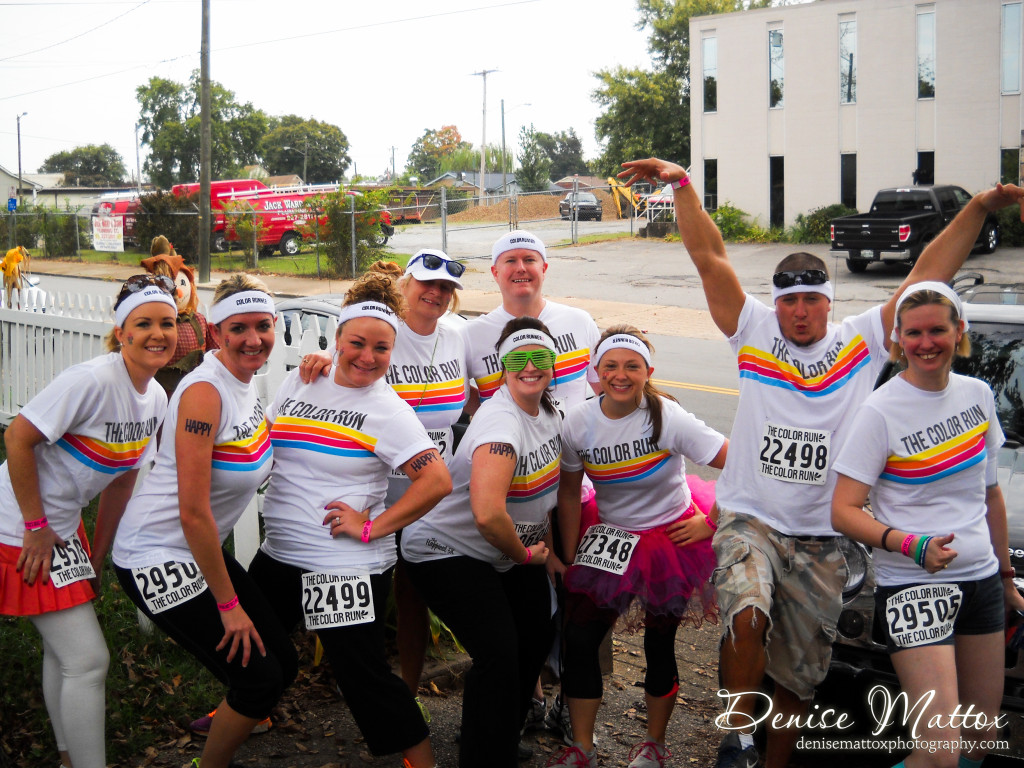 I think I was still in a fog until we got to LP Field. The air was electric, and it hit meâ€¦ I was about to do a 5K. I sent my Mom a text message from the Start line and her text back just helped boost my confidence. As did the fact that I was part of a team of dear friends who had me laughing and forgetting the fact it was a 5K. We were just strolling through downtown togetherâ€¦ and getting covered in color as we went. Which, you know, happens every day. Around half-way, my legs finally went, â€œDude, really?â€ I told them to shut up. And they did.

We all giggled as little kids hit the last little bit and were OVER it. Kids crying. Others complaining, not wanting to be in their strollers but also not walking to walk. A little part of me went, â€œI totally get it kids.â€ But another part of me went, â€œIâ€™m almost through this! I did it! Oh my word, I did it!!â€ Even though it took forever to get all the color off afterwards. Even though I had color in places that made me wonder how it got there.Â  Even if I had to get my husband to scrub my back off because I couldnâ€™t reach it all. Even if I had a pounding headache for the rest of the day from lack of sleep and (probably) a touch of dehydration. 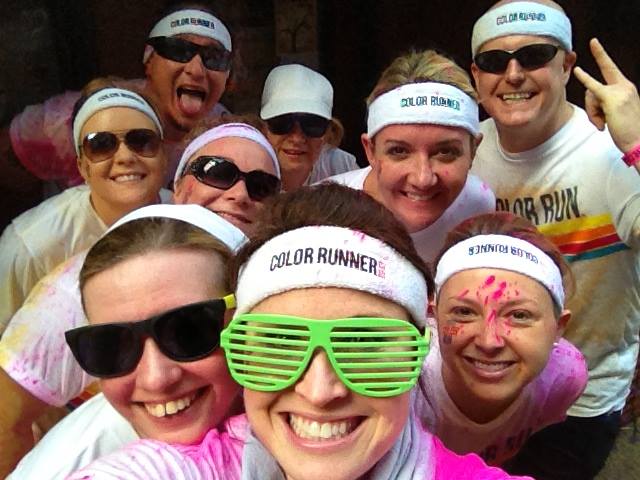