Thursday, my husband and I found ourselves with the whole day to ourselves. We could do anything we wanted to do.

So we jumped on the motorcycle and took off… literally with no destination in mind. We headed out north of Nashville, and we just started driving down roads. At one point when we stopped my husband said he was just angling back towards town, but we didn’t really have any idea where we were.

My favorite road was “Pickle Knight Rd” and I literally laughed out loud at that name. But it was so freeing to just ride. Sometimes we found ourselves on busier highways, but mostly we were all on our own on a small blacktop angling up or down mountain ridges.

We stopped at a gas station for “lunch.” I grabbed a club sandwich and sweet tea. My husband grabbed some of those warm taquito things you see at gas stations and a sweet tea. We split a bag of potato chips. We just stood by the bike and munched away, talking about our ride so far. I have to say it was one of the most fun lunches I’ve had in awhile!

Our day ended as daylight was running out, and my legs were hurting from riding. (I have long legs, so sometimes riding can end up with me having cramped up legs after awhile.) We went home and grilled out, putting the perfect bow on a relaxing day off together.

Below is a video I took as we went down one of our favorite little roads in Middle Tennessee. You will want to mute the sound because its all just wind noise, but if you look really close, you can see the lightening bugs dancing near the treeline. It was kinda magical!

Yesterday, I took the day off. My husband and I got up and hit the road on the motorcycle, finally taking in the Natchez Trace Parkway. We driven parts of it in the truck before, but this was our first ride on bike.

We kicked it off with snacks at the Loveless Cafe (along with a whole lot of other bikers!)… We were on no time schedule, so we sat for a long time at a picnic table just people watching. Lots of travelers! We talked for awhile with a woman from Florida. We watched a family take photos, documenting their vacation. We cracked ourselves and the cashier up at our sheer determination NOT to break a $20, paying with quarters and pennies. She told us it was, “Impressive.” 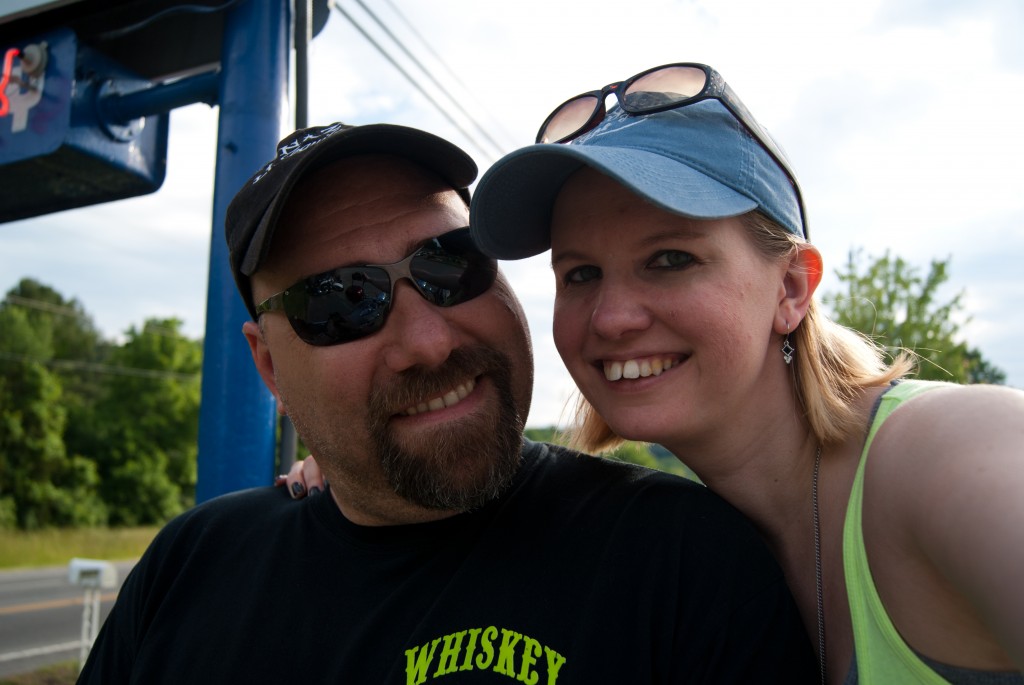 We hit the road, and we were treated to amazing views and lots of wildlife. We watched a doe and little fawn race across the highway in front of us. Later, another deer crossed in front of us… close enough that we had to slow down a little, though we weren’t in any danger.

We saw lots of wild turkey and had a buzzard fly over us so close we could have reached up and touched it. We even passed a groundhog just chillin’ in the shade. (I half expect him to go, “Allen! Allen!”)

One of my favorite moments was when we discovered an 1812 Memorial… perfect for Memorial Day. It reads: “This Monument memorializes war of 1812 soldiers buried along the Old Natchez Trace, and it honors the service of all brave volunteers who marched on the Natchez Trace during the War of 1812 to help establish American Independence. The Natchez Trace served as an important route to move troops for the defense of the Gulf Coast Region. Tennessee Volunteer Cavalry under leadership of Andrew Jackson marched down the Natchez Tract to Natchez in January 1813. Gen. Jackson marched with his soldiers on their return April 1813. Soldier detachments under Jackson’s command again marched on the Natchez Trace in 1814, and following the victory at the Battle of New Orleans, most of the Americans who fought the Battle returned on the Trace. Volunteers marched hundreds of miles often in severe weather with little food and inadequate equipment. Natchez Trace Inns served as hospitals, soldiers who did not survive the marches are buried in unmarked graves along the Trace. On Gen. Jackson’s return near this point. He proclaimed his view of the significance of the victory earned by the soldiers sacrifices. “Our rights will henceforth be respected.””

The sun started to fade on us after awhile, and we were getting hungry. We made one more stop, at Water Valley Overlook… stretching our legs and plotting our trip back into Nashville.

As we stood taking in the view, the silence was broken by far-off gunshots — something that you don’t blink at that far in the country — and the loud call of an owl in a near-by tree. It was… the perfection of being in the middle of “nowhere.” We took a lot of small back roads back into town, finishing the trip the best way possible (versus getting into the “rat race” of Interstate travel.) We planned to have dinner at our favorite tavern, but we got there only to find them closed for the holiday.

Our second choice was the Flying Saucer, who was having their pint night. As a bonus, if you purchased certain beers, the money went to Red Cross Oklahoma relief. So we each had one pint to Oklahoma! (My husband also had a beer from his home state of Oregon.. Rogue beer yummies!) We headed home, both extremely relaxed. After I talked to my Mom for a little while, you couldn’t even count to three and I was OUT. I got the most peaceful, relaxed sleep I’d had in awhile. The day left me with a refreshed soul that you can only get by stepping away from everyday life and remembering… remembering how amazing nature and life is, and by remembering those who gave all for the freedom to enjoy days like yesterday.