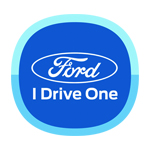 I did the whole lease-thing through college. Living in Texas, I put the miles on my trucks… yes, trucks, as in plural. I could blow through the allotted mileage on a lease in half the time of the lease. So in the course of a few years, I went through SEVERAL trucks.

Finally, I got out of the lease-cycle in 2009, when my husband and I decided to buy a 2010 F-150. We were pretty much forced into it at that time, due to the balloon payment at the end of three years that we could not afford. We’d loved the truck we’d had prior to it, having gotten it days before our wedding and we had NO complaints about it whatsoever. However, financially, we had to trade it in and go with a whole new plan.

We were very happy with our 2010! It was our favorite color (maroon!) and it never failed to turn heads. We were going to pay this truck off and drive it until it just died.

Our payment plan on it, though, worked very similar to a lease. One price for the first three years, then the last two years, the payment would go up over $100/month. January — this month — would be our first higher payment. I wasn’t looking forward to it, but I was braced for it.

Driving to Texas for Christmas, we were around Little Rock, AR, when my husband went, “Would we be crazy to go look at new trucks this trip?” (My brother works for a Ford dealership. The one I’ve purchased all of my trucks from, since as his sister I can get an employee family discount.) We started discussing that we’d need new tires this year. And the payment would be going up. I literally was pissed off that I couldn’t come up with any good reason NOT to go look.

So. We did. We walked into the dealership the Saturday before Christmas and went, “So… what can we do?” If they couldn’t give us a good deal, we’d walk away in the truck we already loved and be fine.

We test drove several of the new models, and eventually we went, “Let us go talk it over.” We really liked the 5.0 L V8 in the 2013 models. Gas mileage would be better. They had incentives going that we couldn’t ignore. Okay, lets go talk numbers.

First thing that floored me was that I had a dollar amount I wanted for our trade-in. I GOT WHAT I WANTED. Then we went in and discovered our payments would be going DOWN (not up in January!), the interest rate was lower, this would pay off the old truck leaving us without a truck payment in December (love it when financing lands such that that happens!), AND we’d be getting a refund on the extended warranty we’d already paid for on the 2010.

When we signed the final paperwork, I looked at my husband and went, “Well. Merry Christmas.”

I still… STILL… stare out my window at the truck going, “What did we do? That doesn’t happen.”

Lower payments. Better gas mileage. Brand new vehicle (it had NINE miles on it when we left the dealership… NINE). AND a refund? Whaaaa…???

I have to admit, though, I half dreaded coming home in it. I just knew — I KNEW — we’d be hassled about it.

I’m definitely my Daddy’s daughter. Like him, I refuse to be without good transportation. Especially with my husband on the road as much as he is. A few weeks ago, I discovered a slow leak in my front tire (my husband got it fixed and discovered a nail in the tire) while my husband was hundreds of miles away. Friends followed me home after we shut down the bar to make sure I got home okay, and it just bummed me out. I want a vehicle I can get in and just drive without concern. So, I’ll never apologize for owning a “new” vehicle for its reliability. But we hadn’t had ANY plans on getting a new truck, and the night before we’d left Nashville we were getting compliments on how nice our (now old) truck was. I was facepalming the whole time home just thinking of the reaction we’d receive.

Thankfully, everyone has been as blown away as we are by the deal we got.  We’re SAVING money. Heck, the drive back from Texas, we fueled in Little Rock, and we didn’t have to gas up again until we’d been back in Nashville for two days. That would have NEVER happened in the old truck. Absolutely blown away.

It started out as a totally crazy idea before Christmas, and it ended up being one of the best decisions we could have made. Thankful!!

I drive a pick-up truck. Well, my husband and I share a truck right now, but even if we didn’t… I’d still be a pick-up girl.

When I got my driver’s license, I drove a Ford Taurus. I liked it… it had a charm that I made my own. But at heart, I still wanted a truck. My parents surprised me one day by finding a red and white truck for sale on a Wal-Mart parking lot… I was GIDDY when they bought it for me to drive.

I got my red and white truck.

I drove it through the rest of my high school years. Sometime senior year, it needed exhaust work. My brother took it in and had dual exhaust put on it, giving it a deep growl.

I remember one of the guys in my class asking me why I made my truck so loud. I simply said, “Because I wanted it.” Barely holding back a snide, “Jealous?”

I put speakers behind the seat. Replaced the original radio with one that had a tape deck (so I could listen to my CDs using the tape deck adapter… remember those?) That was MY truck.

My parents still have that truck, and even my brother wants to own it some day. I figure its the one item that, some day, my brother and I will tussle in the front yard over…

My freshman year of college, my brother was in an auto accident. Safety items in the truck he was driving saved his life.

I went the very next day and bought my very first truck in MY name. (The salesman tried like hell to put me in a Focus. I pretty much told him he would get in me a truck or he’d not have a sale that day.) The white 2000 F-150 was stripped down. I can’t even remember if it had power door locks now, but I remember driving off that lot beside myself giddy.

The last truck is the first one that’s not on a lease, and its not just in my name. My husband and I are proud of that truck. It’s one of our only “prized possession,” I guess.

I should perhaps also admit I got into ALL of these trucks thanks to my brother working for the dealership. Without the family discount I’d have probably been on foot years ago…

Why trucks? Why NEW trucks? I can explain…

Gas prices are rising to an insane level once again, and, yes, driving a truck can put a serious pinch on the pocketbook at the gas station. Especially when you have about a 25 gallon tank. However, the gas mileage on our new truck is wayyyyyyyyyy better than any of my previous trucks. Plus, we have moved so close to everything that we actually can go about two weeks between fuel stops. So… yay that!

Not only do I just LIKE driving a truck (call it part of my personality), it’s something I’ve really sat down and thought about… its what makes sense for me and my husband.