The other day, it hit me. I am craving a great fiction novel.

I grew up an avid reader. My passion and interest in writing is borne of years of devouring books — often more than one in a day. But over the last 10 years, that interest as fallen off due to things like work, the internet, and other things that fill my time and focus. What reading I do is for review programs, most of which are usuallyÂ  non-fiction and motivational in nature.

Don’t get me wrong! Those are great!

But I wanted fiction. Like I told my husband, I want a chick flick in a book.

I told my parents about my urge to read, and Mom mentioned that my brother recently visited a Half Priced Books store where my sister-in-law picked up armloads of books to read — most of which cost her about a dollar each!

So, I googled, “half price books nashville tn” and I was directed to McKays Books a bit west of town. So, my parents, my husband and I made the trip out to see what we could find. 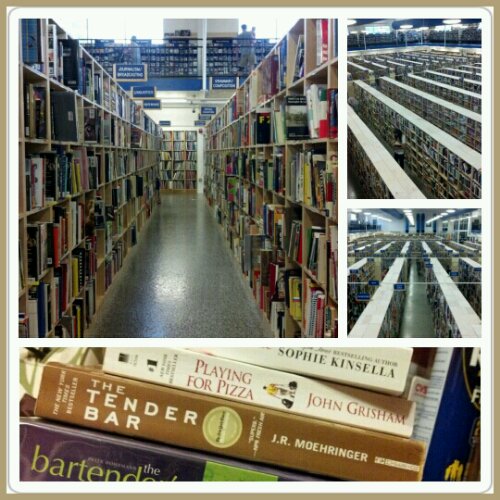 I was in heaven. Absolutely in heaven. Books, music, movies… I wanted to bring in a cot and just sleep there for a few days… weeks… ok maybe a few months.

It didn’t take long for everyone to split up. I started in fiction, then eventually ended up pouring over photography books. I discovered Dad over in the financial section. Mom was in the motivational books section. And my husband indeed up in CDs picking out some to buy. We ended up, collectively, leaving with 11 books, 2 DVDs and 6 CDs. We spent about $46 total. For everything. Including tax.

My husband and I agreed we’d be going back regularly. I can already feel my passion for reading being revived with this trip to McKay’s. And I love it. So good to be reunited with a part of yourself that has been left dormant for much too long. I am most definitely happy!! As I posted earlier this week, I was in the studio shooting photos for a friend’s new recording project. First off, I really want to do more of this kind of photography. Everyone shoots live concerts. Anyone can do head shots, etc. I want to document the creative process.

And it is a process!! By the time you purchase a CD (or download a song from iTunes) hours upon hours of time went into that final product. Which is precisely why music pirating is SO damaging to the music industry! (No, this blog post isn’t going to be a huge, “Music sharing is evil!” post. So don’t run away!)

I am not going to claim to know all the ins and outs of the recording process, but I have been around enough studios to know a few things. One of those things is that I could seriously sit and watch it happen for hours. (Well, given I have slept the night before… going into the studio on no sleep is pretty much a bad idea.)

A song starts with a songwriter. The person or people who conceive an idea. It might be a throw away line someone overheard in a bar. It might just be a single concept. For example, a song that I absolutely just love written by friends came to be just because they thought it might be fun to write about tattoos.Â  Yes, tattoos. What came to be is a beautiful song that you should go listen to. (Visit here and check out “These Tattoos”… then go ahead and listen to everything else on that page. Kay?)

Skipping ahead a WHOOOOOOLE LOT OF STEPS, like years of tedious steps (did you know a lot of the songs you hear on radio today were probably written years ago?), lets pretend a song has been chosen to go on an album. Hallelujah, that songwriter whose heart is in the words celebrates, here we go! 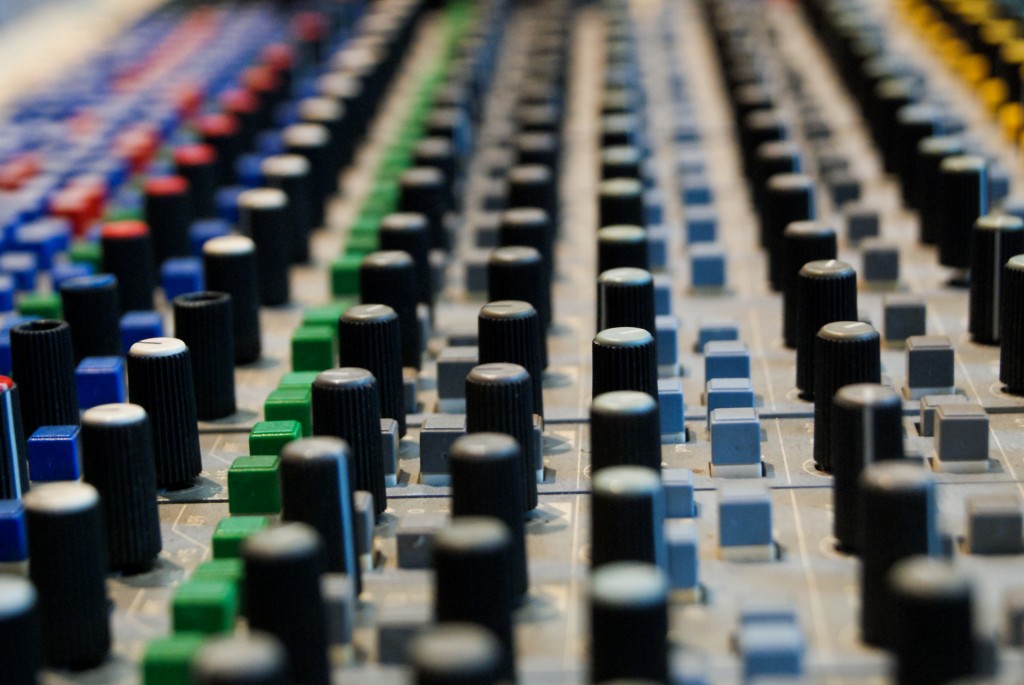 Here is where the studio time comes in…

I posted on Twitter the other day that the recording process reminds me a lot of the writing editing process. You take the whole story/article/post in general, then you take it apart piece by piece. Word by word. Sentence by sentence. Perfecting it. Tweaking it. Making it a masterpiece.

Now take a song. You have the basic song — the whole story. It has a groove. Then… it comes to life as piece by piece is added. Music. Vocals. Background vocals. Each piece can take hours as you perfect it.Â  Bobble a segment, that’s okay. You can do it again. And again. And again. And that moment it just comes out PERFECT? You can get goosebumps its just so good. Some little pieces might get scrapped for a better idea later. Often when you leave the studio after you’ve done your part, you still have no REAL grasp of what its going to sound like in the end.

Once all the pieces have been recorded, it goes to mastering. This piece is louder than that piece. Maybe we decide we don’t REALLY want background vocals in this line, so lets cut those out. The guitar laid down a great solo over here, but the piano’s solo just fits better, so lets put that in instead.

HOURS go into the recording and editing processes. By the time you listen to that song on your iPod, a producer, artist, engineer and musicians will have spent the equivalent of days of time on it. Not to mention the love and soul of the writer that started the whole thing. Its these hours that are forgotten that I got to photograph this week. These hours that no one sees in little studios all over the place. On any given day, the #1 hit of next year could be finding life through the talents of the people whose names you may never know.

It’s a true labor of love.