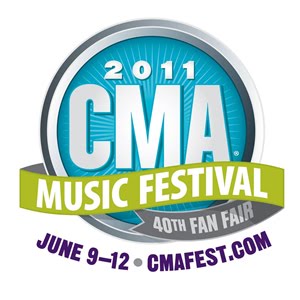 I still call it Fan Fair. I stubbornly always will. Oh I’ll throw out the random “CMA Music Fest” when I feel like I have to for someone to know what I am talking about. But to me, it’ll always be Fan Fair.

Fan Fair is a yearly event where country music fans descend upon Nashville — where a vast majority of your country music artists call home — for concerts and the opportunity to meet their favorite artists face-to-face. It’s also the artists chance to say thank you to their fans for their loyalty. No other genre of music has an event quite like this one.

It started in 1972, with only 5,000 people attending at Nashville Municipal Auditorium. In 1982, the event moved to the Tennessee State Fairgrounds, accommodating more fans and more events around the Fair.

Fan Fair called the Fairgrounds its home until 2000, which is when it moved to downtown. In 2004, it’s name was changed to CMA Music Festival… which, as I’ve stated, I refuse to use, eight years later. The 2010 boasted its best numbers to date, with more than 65,000 country music fans attending.

My very first trip to Nashville was in 1997 to attend Fan Fair. Who knew that I’d call Nashville home almost exactly 10 years later. I’ve attended events around Fan Fair in downtown since I moved here (especially after big chunks were made free of charge!), and the downtown employee is grateful for the added revenue the event brings to the bars, stores and restaurants. The long-time fan still thinks the Fairgrounds was an excellent location for Fan Fair, making everything much more centrally located. But… that’s just me. Vast majority of people will disagree with me.

So, as someone who has attended the event as a fan, and who has since poked around it as a fan AND local… I’d like to share my own little pieces of advice for those attending this year’s event:

I am sure I could write a few dozen more kernels of advice, but I’ll leave it at these. If you have any questions, feel free to ask!! And keep your eyes peeled… in the next few days, you might find my lens trained on you.