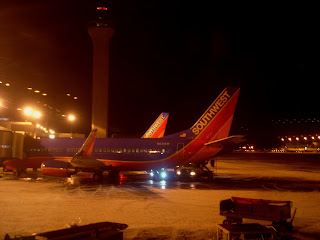 I took my first flight in 2004, and since that time I have racked up over 114 hours of flight time on 53 flights. Not many for some people (ie, my husband), but a lot more than others. I like to consider myself pretty much a pro at it at this point.

Security is a necessary evil, and I don’t mind the hassle so much. The liquid rules have proven to be a frustration sometimes, and I always wear either flip flops or boots to fly due to the fact that you have to take your shoes off going through security. Books, gum and the ipod are blessings on a long flight. My poor laptop battery just won’t hold enough of a charge to be much company, though.

However, I sincerely enjoy flying, and even though I do get this “what if” fear in the pit of my stomach just before I board, I know its a safer mode of transportation than driving. Besides, whether you fly at night or during the day — the views are breathtaking!

I’ve discovered something on my last few trips that were strictly for “vacation.” I’ve discovered that I understand my parents a lot more than I once did.

I remember as a child, any time we’d go on vacation, as soon as we got to our hotel room, I couldn’t wait to go DO something. The worst torture was when we’d go to Dallas to go to Six Flags!!! Those roller coasters! They called out to me! And yet Mom and Dad wanted to stay at the room for awhile. I couldn’t understand. I couldn’t comprehend. Nap when so much fun awaited???

Now? I understand. I find myself thoroughly enjoying time spent in a hotel room with my husband. No cats begging for food. No laundry to do. No dishes to watch. I may bring some work along with me to do on the computer, but I can do it on my own time at my own pace. It’s definitely a “getaway.” Why rush off to do something that will be there later, when a nap beckons to me? It’s the beauty of vacation. No rushing.

Right now, I write from beautiful Portland, Oregon. Snow and rain seem to be our weather companion this trip, causing some concern as to when we head over the mountain to the coast. However, it’s also an absolutely gorgeous sight to this Texas-born Nashvillian. I’m excited to see friends and family, but I’m also enjoying the leisurely pace we have set for ourselves by planning a longer-than-usual stay. No cramming things into a few days. We have time for ourselves… time we can spend out sightseeing or snuggled down in our hotel room.

Yes, traveling can be very stressful and tiring. However, the end result — the destination — most often makes it all so worthwhile. 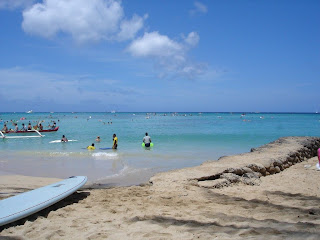 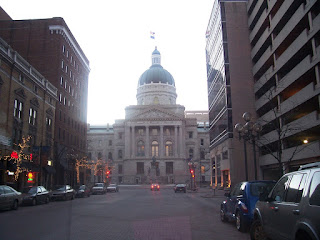