I attended my cousin’s bridal shower today. During the shower, we were asked to write marriage advice for the young couple on a note card to later be placed in a book.

Here was my submission: 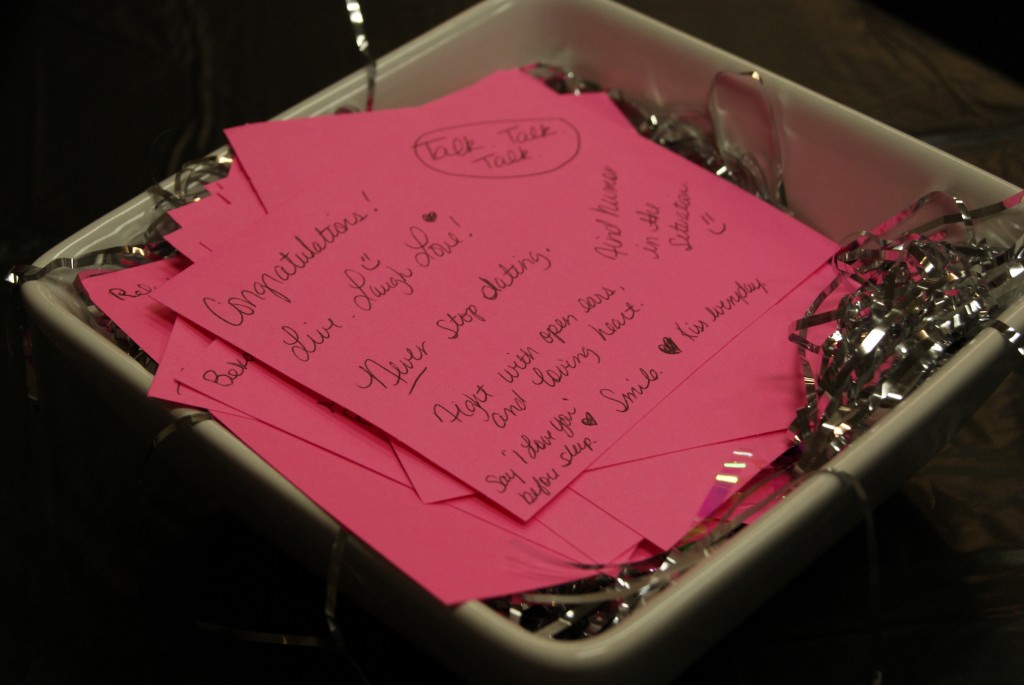 I joked that I was going to write, “Don’t do it!” which usually garners big chuckles. I’d never truly write that. I love being married and wouldn’t trade my life for anything!

When I got married, we didn’t do any “give the couple advice” thing, but I’ve been to enough showers that did to get an idea that the advice (amount and depth!) changes with how many years you’ve been married, or if you’ve been married at all. So… that being said. What would YOUR advice be to a new young couple… and perhaps tell what is your “status?” Would love to see what others have to say!