“It was here that our lives were forever changed, and loyalty to on another and to a cause greater than self filled our hearts.” — Phillip D Adams, Class of 1970 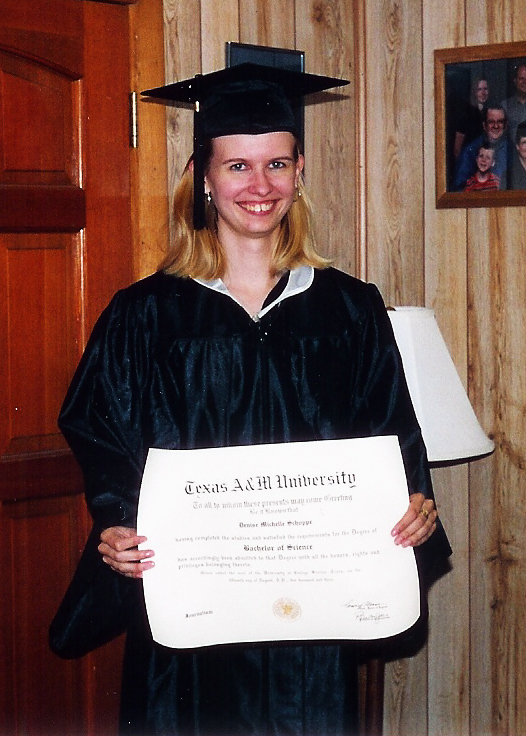 Ten years ago today, a dream came true. I graduated from Texas A&M University. I walked across the stage at Reed Arena. I shook hands with then-University President Robert M Gates. I ceased to be a student, and I joined the thousands of Aggie Alumni as a former student.

Thankfully, I kept a great journal back in those days (something I lament not doing now and someday hope to get back to doing) and I can go back and re-read the little details of the August 15, 2003 that I have long forgotten.

I set my alarms for 5:30 and then 5:45. I needed to be leaving the house no later than 7:00 to get to Reed Arena on time. Well, I apparently turned off my alarms at some point, because I woke up at 6:20 and had to run like a mad woman. […] Of course, I can’t find the panty hose I’d bought for the day, so I had to search for a pair that didn’t have a run in them. My hair took extra long to dry and then make-up just wasn’t going smooth. I ran out of the house at 7:10.

Clearly, some things have not changed in 10 years.

Finally, the time came. We started out of our “holding area.” (We had Journalism, Sociology, Philosophy, Music, etc. in our area.) We had to go down SEVEN flights of stairs to the floor of Reed. […] They all got a kick out of the top of my hat, “Happy Hour” when they saw it, since they were behind me and thus above me on the stairs going down. 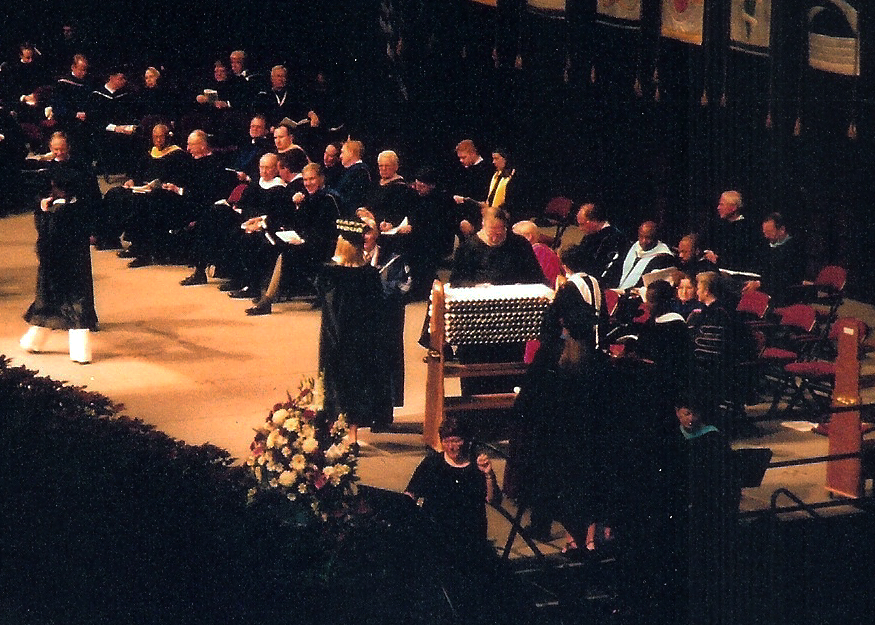 Yes, yes I did put a glittery “Happy Hour” across the top of my cap… I wasn’t a big drinker back then, so maybe my amusement and use of that phrase was a strange foreshadowing of my later bartending. Or maybe I’m reaching with that…

We did give our parents a standing ovation, at which point I almost bawled. I am so lucky to have the most amazing parents in the world. I could never thank them enough for all that they do.

Again, some things never, ever change. And I am SO thankful for that. 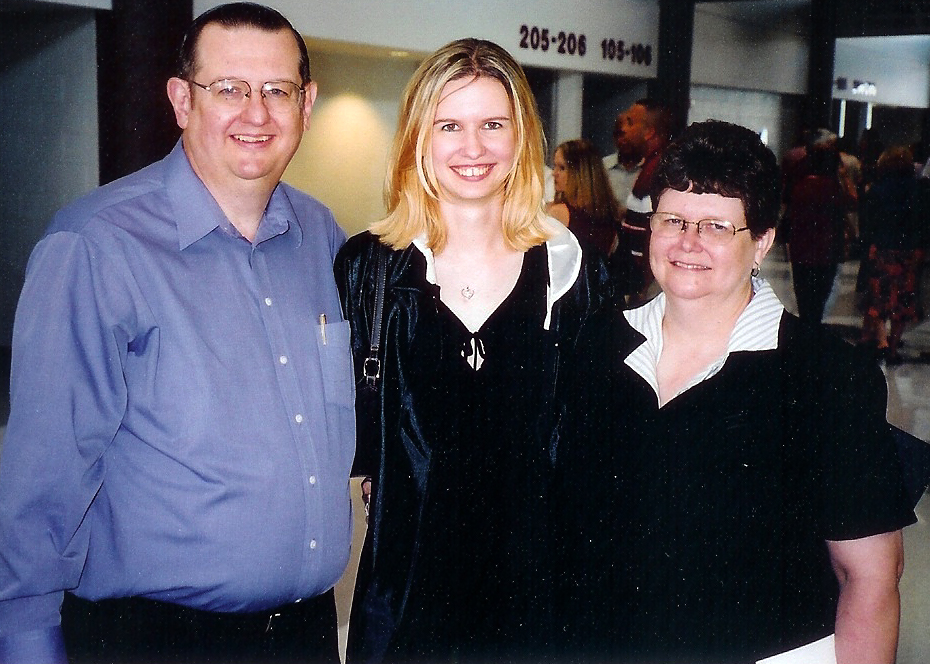 My turn came and…I honestly remember very little. LOL! I was so busy focusing on not tripping, trying to hear how much applause I got, making sure I shook President Gates’ hand and took the tube correctly, and making sure I was smiling for the camera. My brain was on overload. Suddenly the diploma is in my hand, I’m walking across the stage to shake hands with the Dean of Liberal Arts and then two guys from the Association of Former Students. I walked off the stage, shook hands with Dr. Walraven, Dean of Journalism, and then practically ran back to my chair. 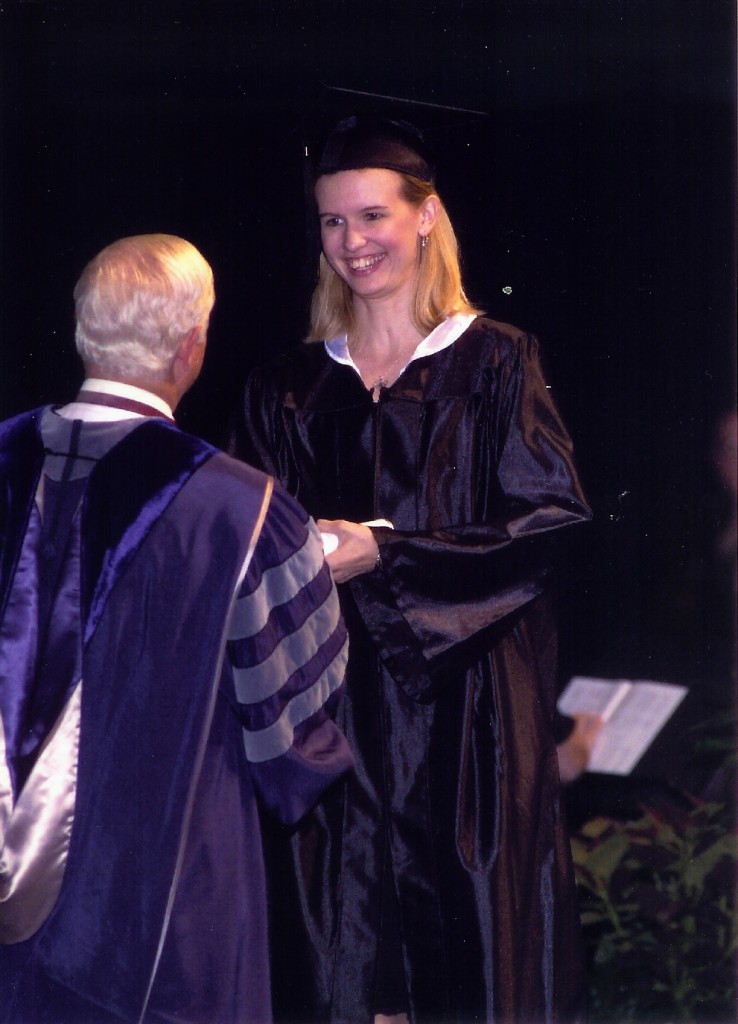 The important thing here was that I didn’t trip. Thank God. And I suppose I should add that my diploma really was inside the tube I was handed. That was pretty important as well.

We sang the Spirit of Aggieland, and then that was it! It was over! I was all graduated.

I didn’t have a job when I graduated. I was on a serious burn-out from having been taking classes almost non-stop for over a year. I had a degree, but no where to use it at that time. It was a little scary! I stepped off into the great big world with only the safety nets of a degree and amazing parents…

Ten years later, I look back and marvel a bit at all that’s happened in the last decade. I did use my degree for over a year at a small-town Texas newspaper. I still consider myself using it when blogging and doing any design work. I use it every day in ways I couldn’t begin explain. 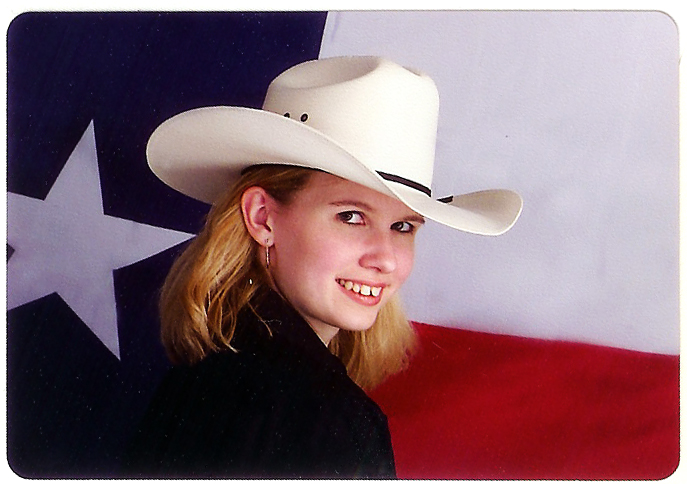 If I could give all graduating seniors from high school one piece of advice it would be to go to college. Even if you don’t know what you want to do or be. Go. Embrace it. Embrace both the in-class education as well as the life-in-general education you’ll receive. Because in four (five or six or however many) years you attend college, you’ll grow and change as much as you did from Kindergarten to 12th grade. College has a lasting effect well past the pomp and circumstance of graduation… well past the GPA you end up having.

In the 10 years since I graduated, I also got married and moved two states away from my family. I’ve traveled to places I never thought I’d travel. I’ve embraced my roll as a former student of Texas A&M University as an active member of my local A&M Club. I’ve made mistakes. I’ve had amazing successes. And all of them… ALL of them… were in some way an extension of what I learned during my time in college… even if the only thing tying it all together is the confidence and accomplishment I got from earning my degree.

I am the proudest member of the Fightin’ Texas Aggie Class of 2003… and today I celebrate that fact more than ever. 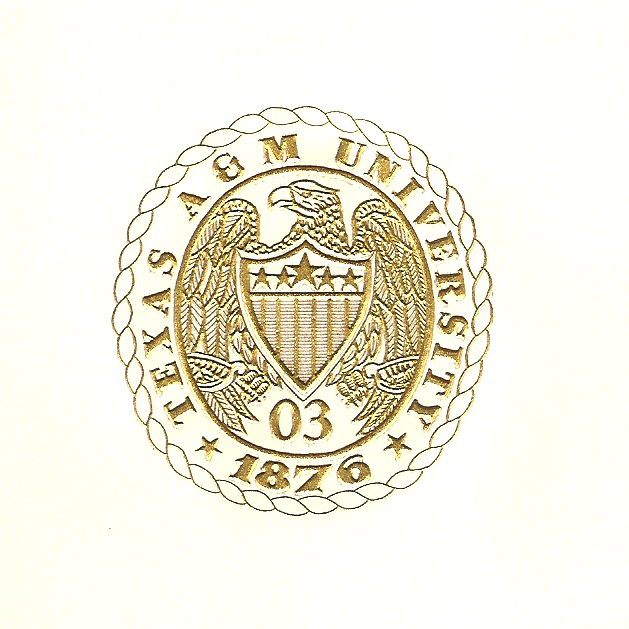 One thought on “10 years a former student”