There’s a very personal topic that we all like to talk about all the time.

Let’s face it, we are, as a society, somewhat obsessed with a person’s weight. Our own weight. Other people’s weight. Models’ weights. Children’s weights.

And, you know, that’s okay if means we’re trying to make ourselves healthier as a population. It’s not okay if we’re tearing each other down and making unreasonable expectations of ourselves and others. It’s also not okay, if we’re standing in the way of helping each other make positive changes for ourselves.

An example that has stuck with me for years. While talking with a friend, I mentioned seeing a mutual acquaintance out at the track when I was going for a walk. Their response?

“What are they doing out there?! It’s not like they need to lose any weight!”

It stumped me. It threw me for a loop. I didn’t know how to respond in that moment, but later it made me mad. The REASON this person didn’t “need to lose any weight” is because they go to the track diligently. They maintain a great weight versus “letting themselves go” and having to backtrack later. In hindsight, I wish I’d said something to the effect of, “I think its great they’re out there! It’s inspiring!”

But I missed my opportunity.

I’ve run into that attitude more times than I can count over the last several years… occasionally directed straight at me.

See, I’m naturally built “slender.” But it does NOT mean I’m not susceptible to gaining weight. In fact, over the last ten years, I’ve watched myself slowly gain around 40 pounds. Now, for my height, I’m actually still right in the middle of “healthy” for my weight. I could TECHNICALLY gain over 10 more pounds before I’d be considered overweight.

But I don’t even want to think about that. I don’t even want to know that. I’d rather focus on losing about 10 pounds to be back down on the lower end of “healthy” weight. I’d feel better. I’d be more confident in my appearance. I could stop wearing a corset when I wear tighter fitting clothes.

Here’s the deal, though. When I talk about wanting to lose a few pounds, I often get “the death stare.” You know the one… the one that says, “Shut up. You have no right to even talk about that. You’re just fine the way you are.” And it’s always from other women. Always.

And I just don’t GET that! Now, if I was still what I weighed in high school — a weight in which health insurance didn’t even want to cover me because, “it’s just not possible to be healthy and weigh that little” (I actually had to get a doctor’s note to prove I wasn’t anorexic and was actually quite healthy, just super active!) — then I’d totally understand that glare. I’d hope that glare would actually be more like a look of deep concern for if I had an eating disorder. But when I, today, say, “I’d like to lose about 10 lbs.” I’d hope I’d instead get, “You can totally do it!” instead of, “What for?”

Why can’t we cheer each other on? Why can’t we encourage each other to be healthier in general instead of either letting there be jealousy or judgement?

Next time you see someone going for a jog that “doesn’t need it” or you hear someone say, “I’d like to lose a couple pounds,” don’t roll your eyes or sigh in annoyance. Instead be encouraging! Maybe, just maybe, their determination will be addictive and set a positive example. 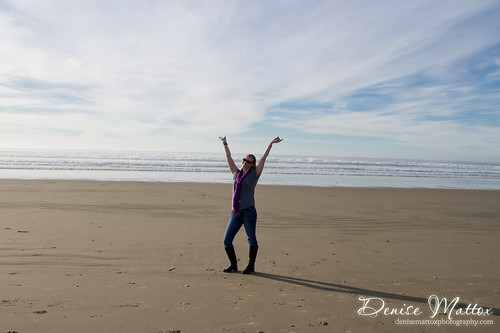 6 thoughts on “The weight”