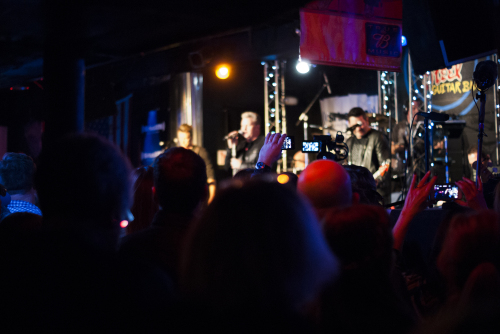 Back in July, I did a blog post about Printer’s Alley and what it’s meant to me over the last eight years. I also spoke of how it was in danger of being lost to a new hotel. We hoped they’d let the bar I call a second home stay and build around us.

What I have failed to write about since then (or I have but never finished any of them) is the fact that the fight was lost to “progress.” The bar is being booted out, and the hotel is gutting the building.

What many fail to realize is that that bar is like home to hundreds. For many, the “Fiddle Family” is the only family they really know. I compared our fight to the farmer trying to keep his homestead in the face of a new Wal-Mart. It’s his home. It’s his life. But progress and big money care not. They see only the bottom line. Ironically, I do understand that point of view, even if I don’t agree with it at all.

As word has gotten out, many of our regulars have made their way back… heartbroken. Many angry. All in disbelief on how this can happen.

Fiddle & Steel Guitar Bar is “The Home of Rascal Flatts.” I can’t begin to tell you how many times I’ve had to explain that to tourists. They were the Tuesday night house band at the Fiddle when they were discovered. 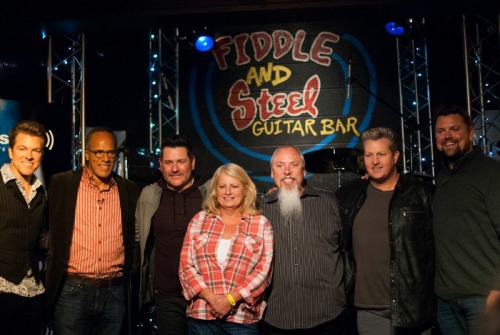 When word came out the Fiddle & Steel may have to close its doors. Then the fact that it would be. The question we heard (and asked!) time and time again was, “What do the Flatts boys think?”

Last Thursday, thanks to Sirius XM Radio, Rascal Flatts did one last show on the stage at the Fiddle.  In the days leading up to the show, we fielded calls for tickets and the disappointed disapproval when we told callers it was all in Sirius XM’s hands. We learned NBC’s Today Show would be in attendance, and suddenly we realized our little home away from home bar was going to be on the national news.

“How exciting for you!” someone said when they found out I’d be working at the bar the night of the show. I think I pretty much just gave them a LOOK in response. 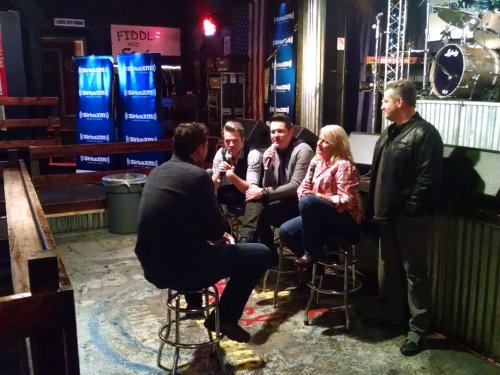 The night arrived. We got there and started setting up as best we could between media interviews. I overheard parts of an interview with the Flatts boys and Sirius radio, and I found myself smiling as they shared memories of their days as just a band at the bar.

It was around that time that the bittersweet nature of the night really hit me. So good to see them taking a moment to give pause and nod towards their past. It was sad that they were doing it because we would soon be closing.

As doors opened and fans entered, we went into work mode. Everyone was polite and friendly. My apprehension faded towards the fans in attendance. I was enjoying myself!

The band took the stage, and we were actually able to watch most of it. A ripple went through the crowd. Steven Tyler had showed up to see the show as well! I was floored. The night was quickly becoming nothing short of magical.

The show? Amazing. I’ve seen Rascal Flatts twice before. My first time to see them was (I think) my 23rd birthday when they were on a CMT tour. It was a huge show, and I remember they had a moment where they paid homage to Printer’s Alley and talked about the Fiddle & Steel. That night, I had no clue I’d some day work in that bar myself.

Fast forward to 2010, and the band came back to the bar for a radio show. It was great and I remember leaving more impressed with them than ever before. Then on Thursday, they once again impressed me. Big arena shows are exciting, but its easy to lose the heart of the artist or group. Give me a small setting any day.

They owned that stage Thursday. And for a moment, just a moment, you got a glimpse at the band pre-fame, even taking a request from bar owner, Alison. 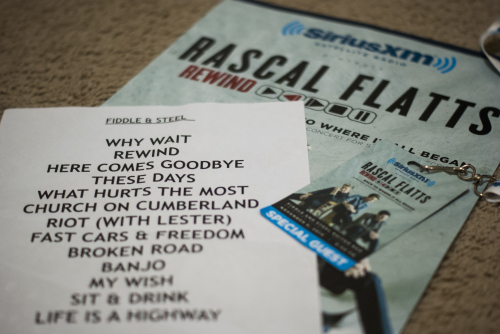 As the night drew to an end, and we started cleaning up to go home, I walked around feeling very thankful I got to be there. All my apprehension leading to the night felt silly, as it ended up being one of the most memorable nights I’ve ever had at the bar.

The next day, I laid in bed with my mind racing, trying to comprehend how I felt about the previous night. I knew many would feel like Rascal Flatts came and did the show for the publicity for themselves, and perhaps they did. But they also have helped us out by getting the word out that we would be closing. Our business has increased dramatically, and for that we are thankful.

But past that, when I watched the Today Show report yesterday, they brought me to tears. This show Thursday night was the first of many good-byes at the bar. They spoke about the rich history in the Alley, and it just suddenly brought it all home to me emotionally.

I’ve stayed so busy with things surrounding the bar closing that I figured it wouldn’t hit me until we closed the door for good. But instead, the band’s return for “one last show” finally brought it home for me. It’s really going to be over. So much history that will probably fade once the hotel comes into the Alley. And so much more history that will never get a chance to be written. It’s heartbreaking.