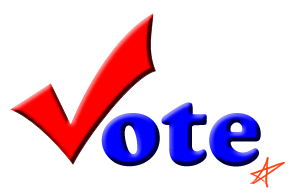 I don’t like to talk politics. It’s up there with religion on “topics to avoid if you don’t want to end up in a fight with someone.” An intelligent and fact-driven conversation very rarely happens.

However, I will say that ever since I was old enough to vote, its something I’ve taken seriously and appreciated about my country. Even when, for whatever reason, I did not vote in an election, I appreciated that I had to right to vote, along with the freedom to not vote, should it just not work out.

I’ve never been a fan of voting along party lines. I’ve always believed you vote based on your beliefs and what is best for the country. Do your homework on the candidates. Know what they stand for individually versus just knowing their party.

(I wish the people in office voted this way a lot more as well — based on what is best for the people who put them in office versus what their party expects of them. But, that’s a rant for another blog post that will probably never happen.)

I will be at the polls today. I will proudly cast my vote and have my say. It’s my right… it’s your right, too.